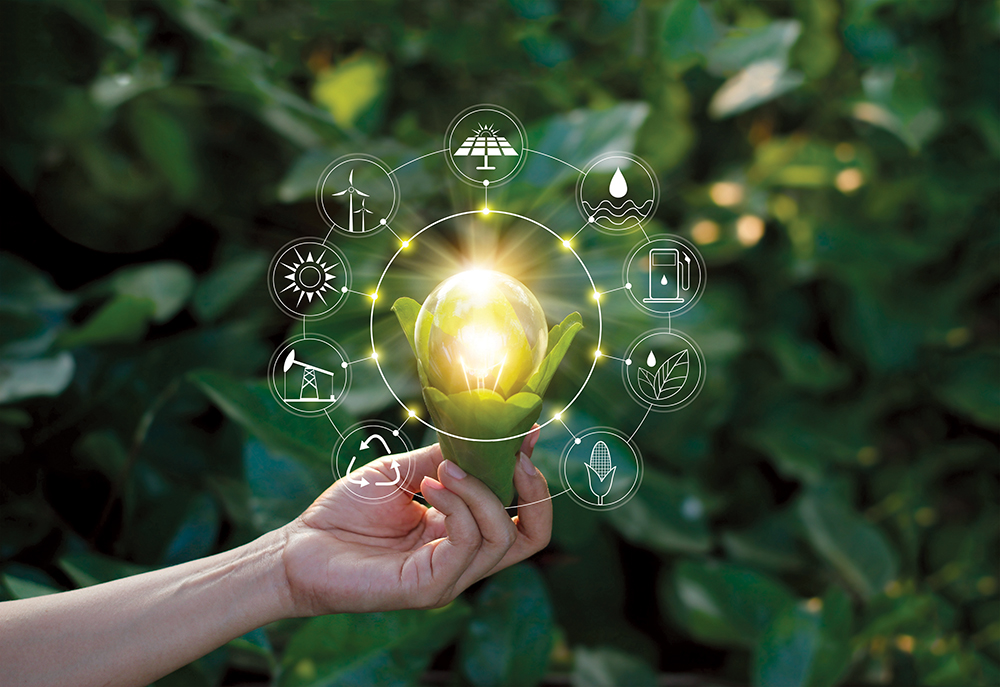 Over the last several years, there has been a push for businesses to do more for the environment, for workers’ mental health, for better forms of worker compensation, and a push for many different forms of social welfare. Is the social pressure working? What does this mean as technology inches closer to more accessible clean energy? And what does this mean for workers? All will be explored in this article.

With growing concern—especially among the younger generations—for social and environmental causes, many businesses are taking the time to enact policies that appeal to this new and growing desire. Apple Inc. can be a prime example of using their business as a means of promoting environmentalism. Apple likely needs no introduction, since January of this year, they have been the most valuable company in the world; for many years Apple has also been one of the world’s largest consumer electronic companies. In 2017, Apple unveiled plans to work to become carbon neutral and to make carbon neutral products; in fact, they said that by 2030 every product they make will be carbon neutral. These were some lofty goals– how have they been panning out? Surprisingly well! Not only does Apple publish an environmental impact report at the end of each year, but they have also produced “environmental report cards” for all their products. This doesn’t prove their environmentalism, but in the report card for the 2019 iPhone 11 – one of Apple’s most popular products – they say that not only is the product Arsenic-, Mercury-, Brominated flame retardant-, PVC-, and Beryllium-free but both the rare earth elements in the Taptic Engine and the tin in the solder of the main logic board are 100% recycled (in addition to many other environmentally conscious measures). Right, but what does this mean? How much good is really being done by Apple reducing their carbon footprint? The United Nations Framework Convention on Climate Change (UNFCCC) put together a brief summary of Apple’s effectiveness. This summary shows that “Apple has transitioned to 100% renewable energy for the electricity used at its offices, retail stores and data centres in 43 countries across the world.” This accounts for a partial ascertainment of their goal of being 100% carbon neutral. Unfortunately, the UNFCCC also says that “…about two-thirds of Apple’s emissions come from the manufactur[-ing] of its products.” While this is true, it does show that Apple’s strategy was to start ‘small’ with converting all their offices, stores, and data centers to renewable energy before tackling the beast that is their manufacturing processes. While there is still a lot to be done, it seems as though Apple has been taking correct steps to reduce their carbon footprint.

Of course, Apple is not the only big contender in the environmentally and socially conscious firms ring, Tom’s has been a strong competitor in this arena for quite some time. Not only is Tom’s a certified B Corp, but they are also a member of the Fair Labor Association and use a variety of environmentally friendly materials in their products. Tom’s is, perhaps, most known for

After further exploring these two very different examples of corporations who are working to make social and environmental change, it becomes important to consider overall effectiveness of these programs. There are more than 4,000 B Corps in over 70 countries and across 150 industries and yet we are still facing an ongoing climate crisis. According to the UNFCCC, there has been a global climate increase of 1.5°C that has been prevented within the past few years. Unfortunately, due to rapidly changing conditions and the state of current technology, we have no way of knowing how much of a direct impact that corporations, such as those mentioned, are making in the fight for climate change.

While climate change is very prevalent, there are still other efforts being made in the name of environmentalism. Some companies are focusing on drawing attention to varying causes like deforestation, oceanic pollution, plastic production, CO2 production preventing legislation, and many other efforts. For employees, this can mean that it may be time to evaluate your environmental priorities and make sure that you are working for a company that shares those priorities. Some argue that environmentalism is destroying business, I argue that while challenging- it just creates more room for innovative business strategies.

This site uses Akismet to reduce spam. Learn how your comment data is processed.